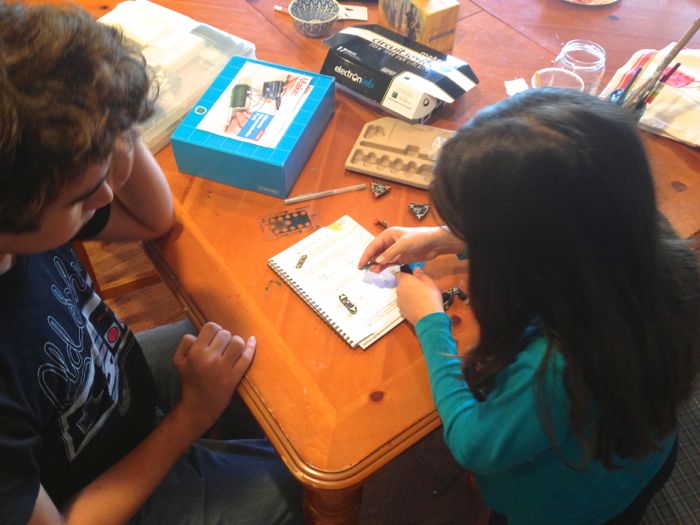 Rather spontaneously, a get together happened... an Arduino tinkering gathering at the kitchen table. Lucas was the first to arrive, and he and Maria went straight to playing with the Circuit Scribe. Do you know Circuit Scribe? Please, visit Electroninks and discover a whole new world of circuitry play and making. This Circuit Scribe belongs to James, and he and Alex R arrived in time to help us test out our A-frame tent... but that's for another post! 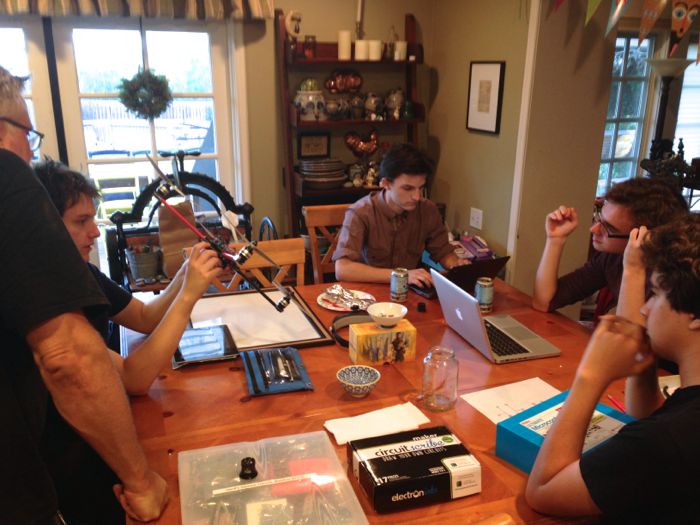 Alex R happened to come into possession of a second-third-fourth-hand Quadicopter, in need of an overhaul. After it was determined that the little drone needed a lot of TLC, best for another day, they got ready to break into the Arduinos: {"Arduino is a family of single-board micro controllers, intended to make it easier to build interactive objects or environments." Thank you, Wikipedia.} Basically they are tiny, yet open-source mighty computers, ready to interface with devices using sensors and actuators. They're a hobbyist's building block for fun and creative, programmable projects. Alex used Arduino to make his infinity mirror-light mask. 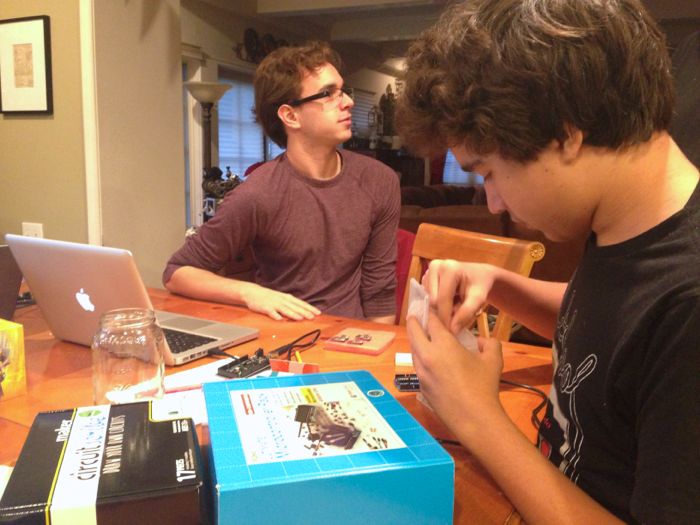 Geoff and Alex have tinkered with the Arduino, making various light projects and effects. Now, we were finally getting the chance to get the Young Makers Club involved. There wasn't a specific goal for this first Arduino Gathering... the initial accomplishment was getting everyone set-up, and in synch. Not too glamorous, but finding the correct cables, enough outlets, and sorting all the bits and parts took some time and effort. Everyone came with varying levels of supplies and resources, and gaps were filled so everyone could be more or less equally equipped. 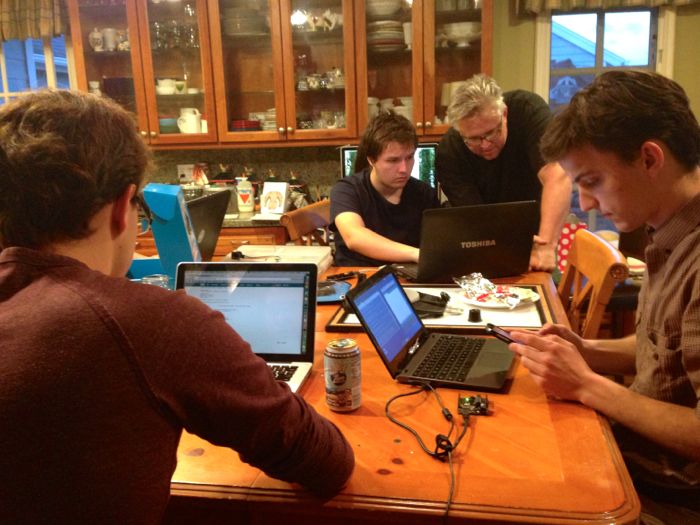 And of course, no two computers ever behaves the same way, but they were able to successfully get all those issues squared away, too. Soon there was actual programming happening, and soldering. 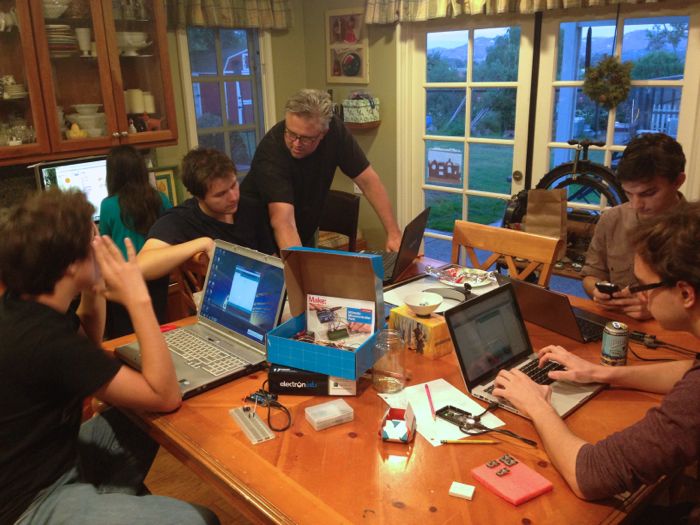 Maria has become hooked on Scratch: Imagine, Program, Share. She has been doing just that for about a month now, and she is just as eager to take on C and C++! 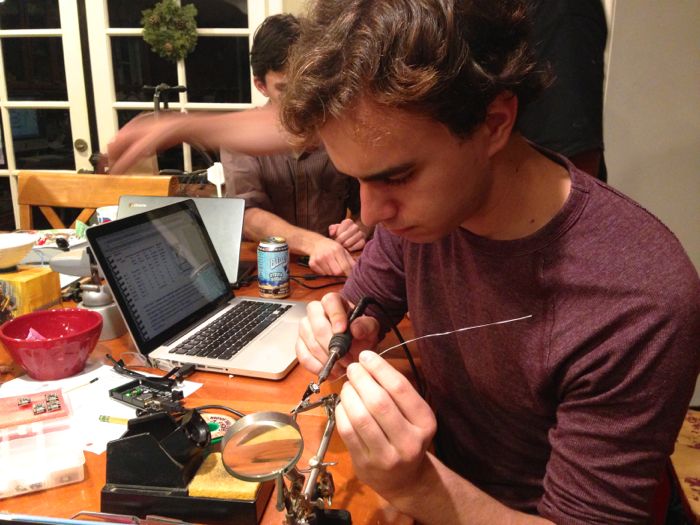 I am concerned that in some schools having computers, and students using apps and computer programs constitutes their idea of 'computer education,' of being 'computer savvy.' But that's like implying that knowing how to turn on a television is an education in electrical engineering, or movie production. Using software is a handy, necessary skill, but it has little to do with comprehending how software is written, with understanding the origins of making things happen. We need makers, not just users. Writing software is a powerful skill and an essential foundation of our economic independence, and intellectual security. Knowing how to buy a laptop is a helpful ability, but on top of that... knowing how your computer works, understanding the connections between hardware and software is a critical skill for keeping up with the new pace of the working world. I hope that more schools, more clubs, more educators will embrace the teaching of the manual skills, the practical arts, and the fine arts, that enable these empowering proficiencies. Soldering, wiring, circuitry, programming, welding, art, music, math, dance, science... we cannot absorb these through apps on a pad! We need to tinker and make them our own! 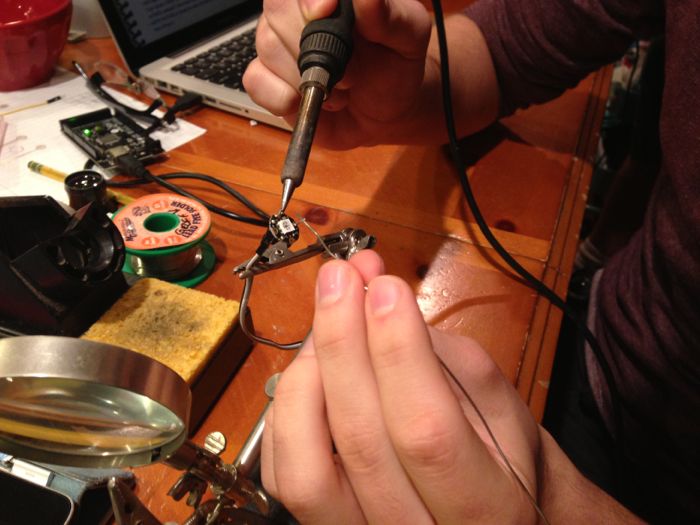 Arduino, using open source hardware, is made to give the user the control, the creative access to making, and building. 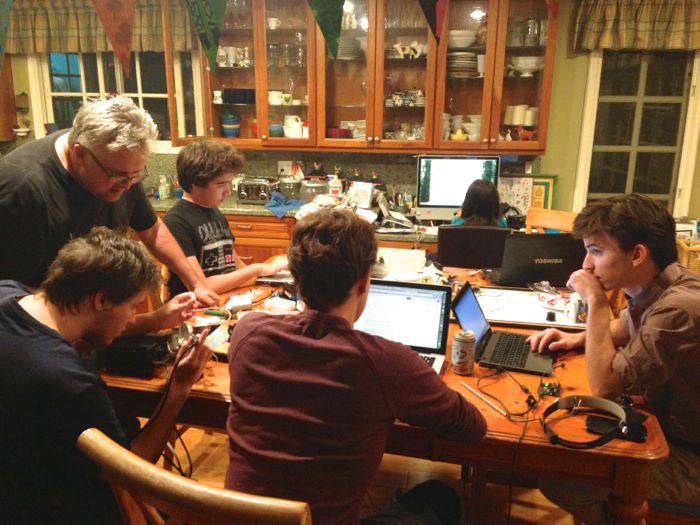 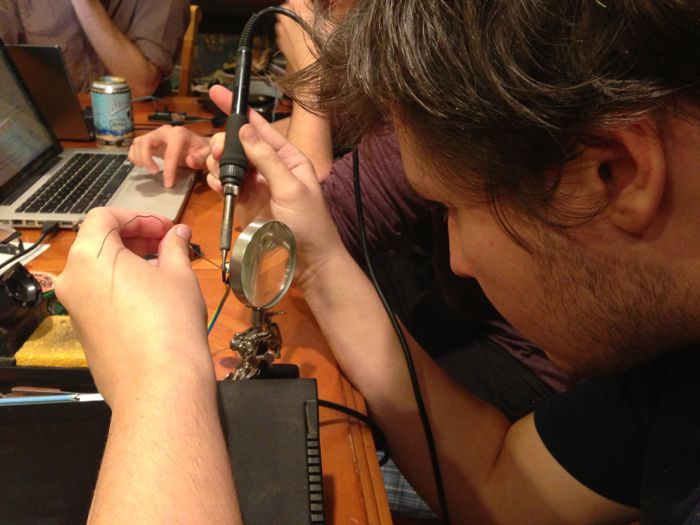 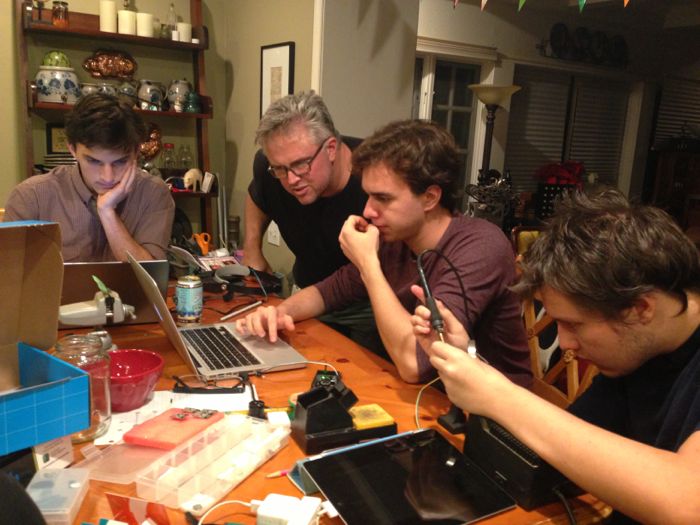 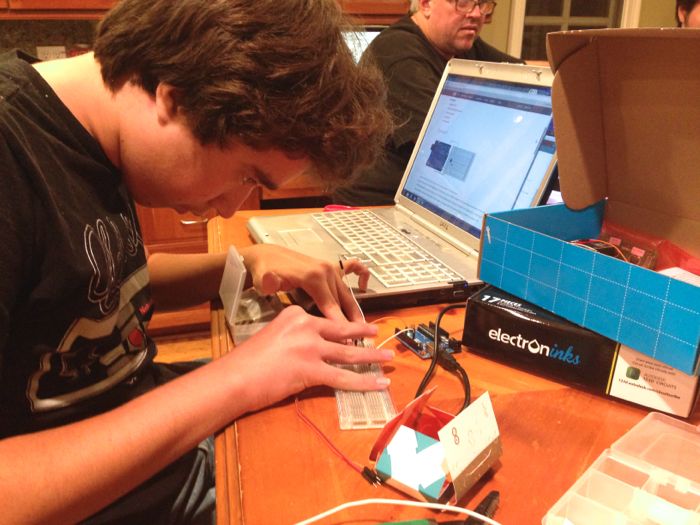 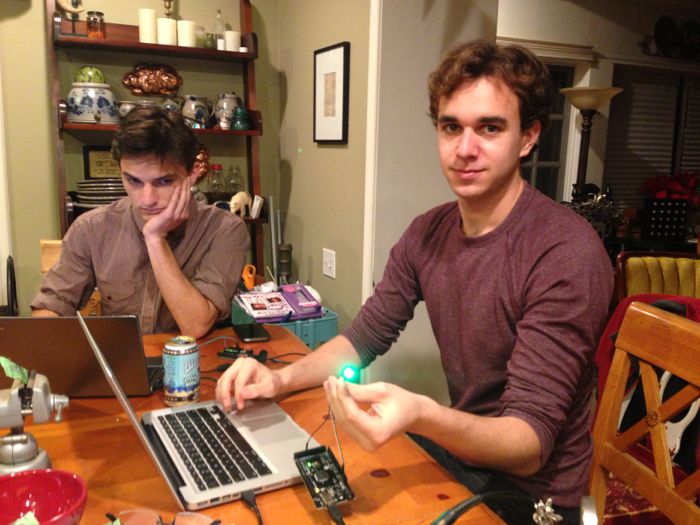 Light! A big accomplishment... no kidding. These first steps, the troubleshooting, and figuring-out is where the learning happens, and from there the improbable becomes possible. I love the process, seeing the effort, the mess, the frustrations, too... because in this comes comprehension, appreciation. It's not in an illustrated manual, no one is doing it for you, then handing you the switch. So when you tinker, and think, then work at it some more, and the light finally works, it's brilliant! 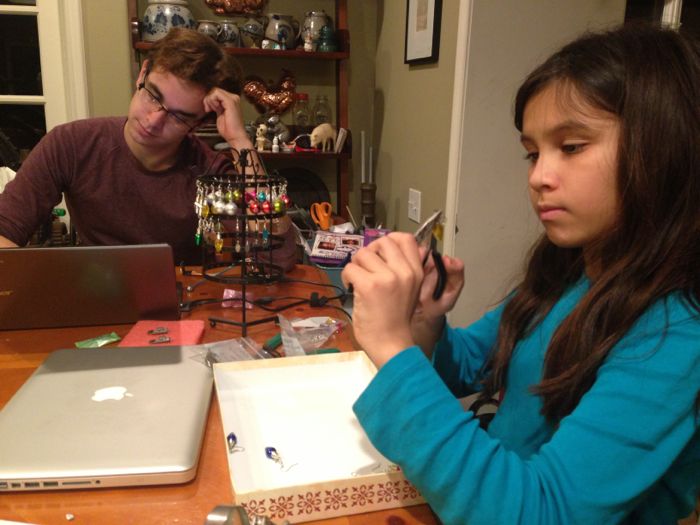 Maria switched from Scratch to making her earrings. I think the good tools, and creative vibe inspired her. 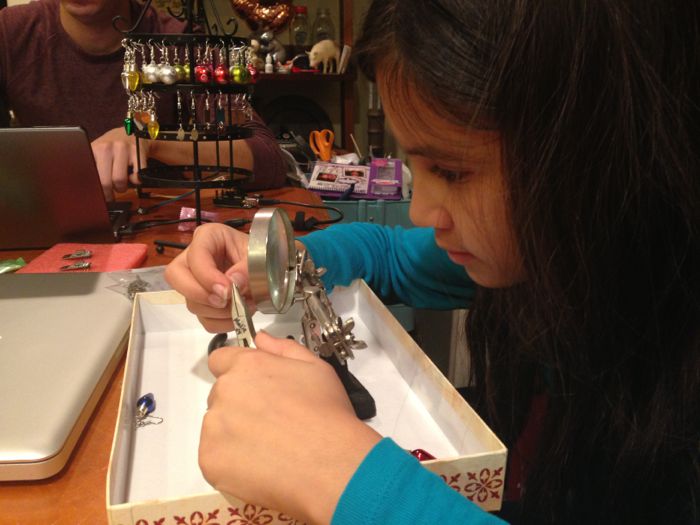 Posted by Natalie, the Chickenblogger at 10:42 AM No comments: