Make it In The Parade

***Update: A post highlighting the parade and our float are at Chickenblog! Go see FIRST 2102 Team Paradox Make another Spirited and Inspiring success!***

Our favorite FIRST robotics team, with help from Love and Rockets, is gearing up for a second trip to the Encinitas Holiday Parade. Good times making new elements for Lavender, the moving robotic arm! 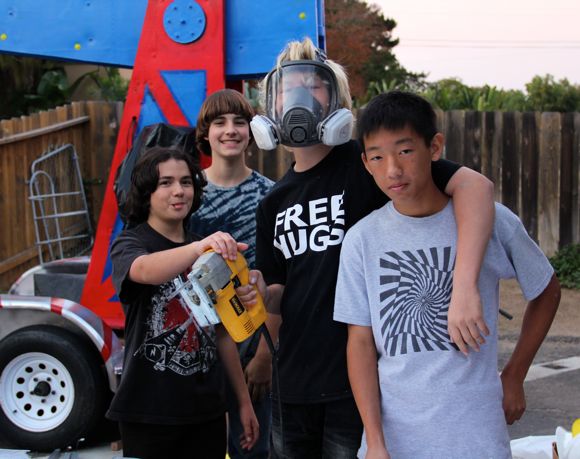 Everything is just about set for this year's Holiday Parade! There have been many work parties, though it has definitely been less intense than last year, when FIRST 2102 Team Paradox was a freshmen team in the realm of parade floats and giant robot arms. 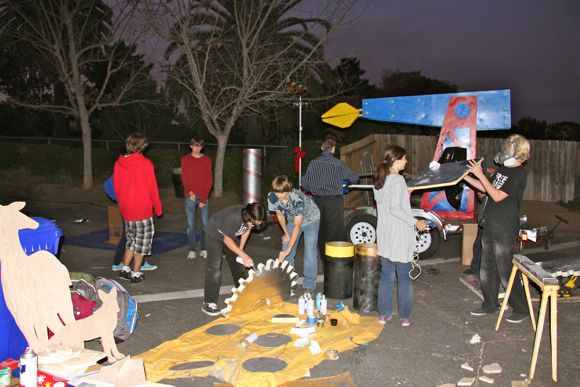 Last year, Lavender had to be designed and constructed, then wired, from the ground up. She was so shiny! The arm rose up and down and the claw could open and close. Well, this year Lavender is new and improved and extra shiny! Her base is being updated to turn degrees, and notice her team colors face lift.

Remember the mini-bot element of last year's *FRC game, LogoMotion? Now our practice tower is enjoying a new purpose as the lit up tower-tree at the front of the float. 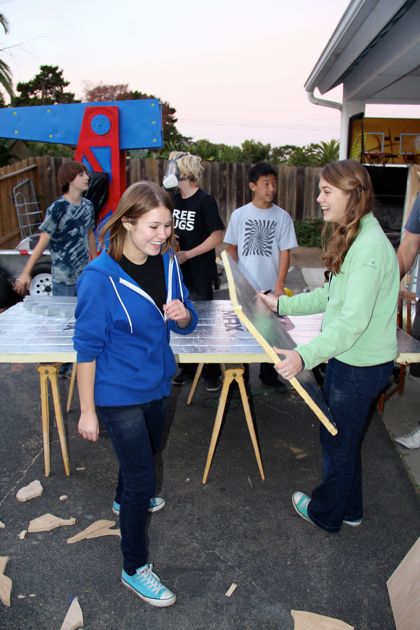 The many branches of FIRST 2102 Team Paradox have been busier than ever before... since September over summer since last spring every single day! They have built new machines, learned new machine shop skills, mentored FIRST LEGO League teams, organized community service events, brought a whole new class of fresh faces up to speed, represented at the Street Fair, and they are preparing to host a FLL Food Factor event in their high school. 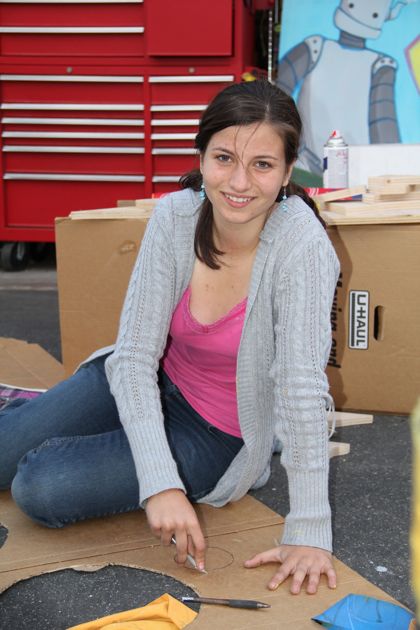 I think last night we had the most new team members show up, and they went straight to work... cutting foam and cardboard for giant batteries and gears, painting, and tossing glitter. Our float is representing the spirit and tools of our community's busy and dedicated student engineers. 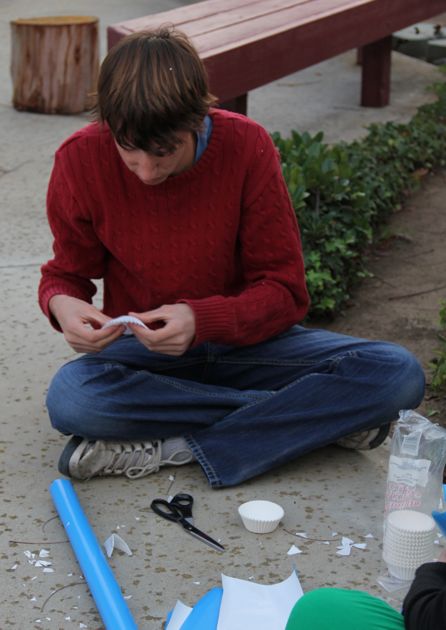 Maria brought out our cupcake papers, which make a good material for snowflakes, right Sam? 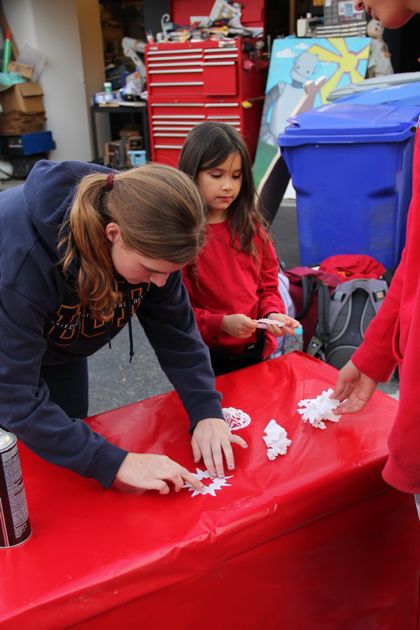 And one more new element for this year's parade entry... Team Paradox Robo Dancers! Lonnie choreographed a techno-jingle routine, and last night was the first rehearsal... 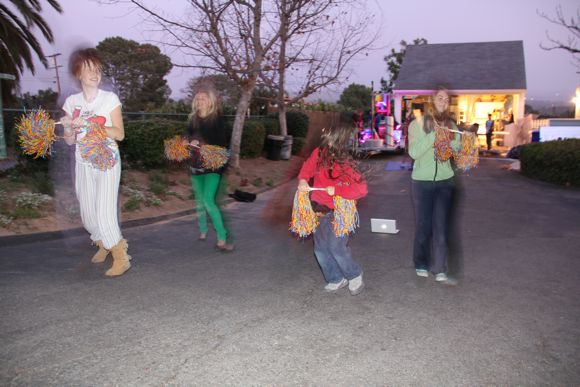 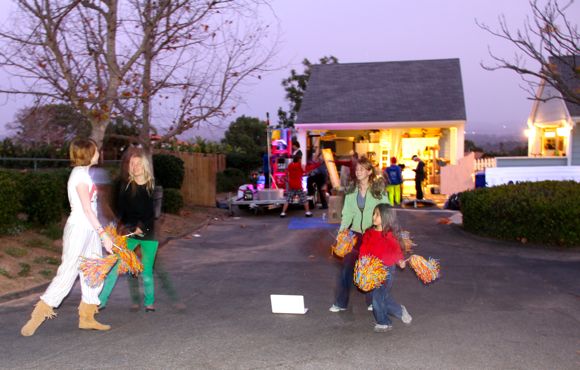 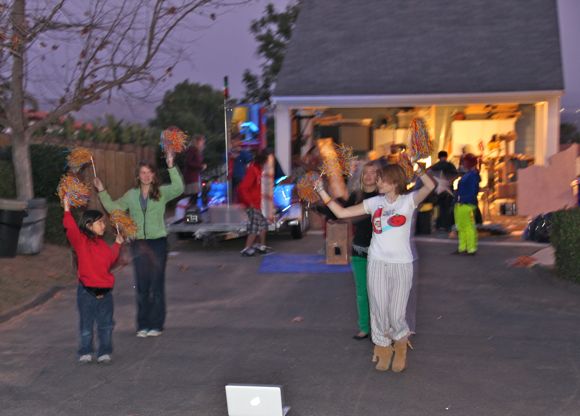 Go!
Posted by Natalie, the Chickenblogger at 8:53 AM No comments: